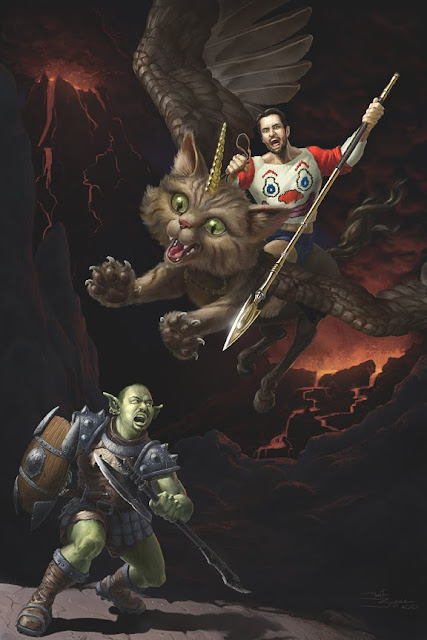 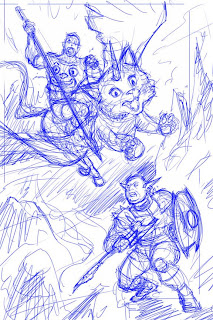 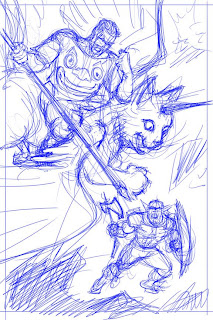 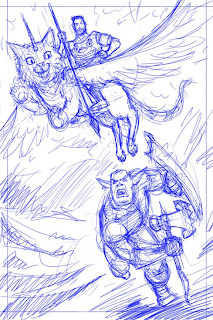 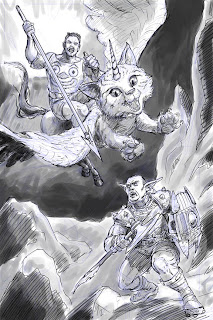 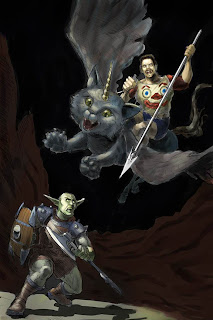 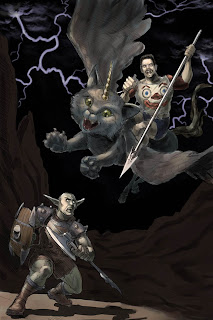 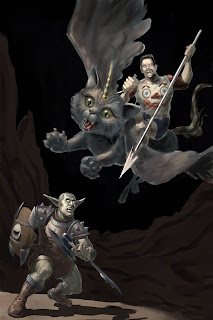 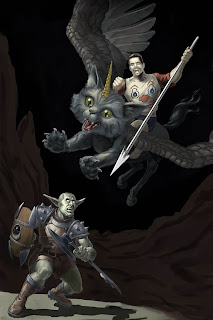 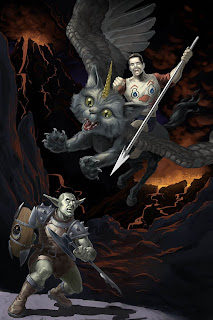 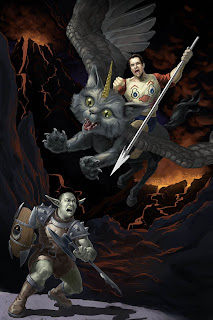 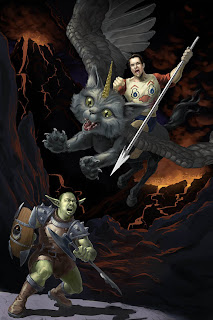 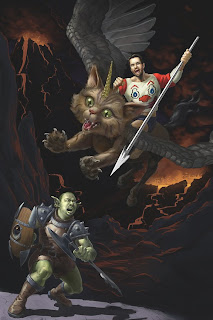 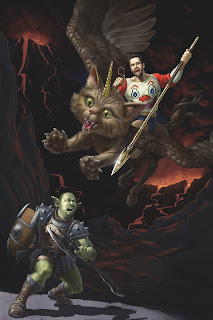 And there you have it. This was seriously fun, though the timing, coinciding with the somewhat early birth of our son, made getting it finished a major undertaking. Thanks John and Wil!
Posted by Jeff Z at 4:59 PM 14 comments: 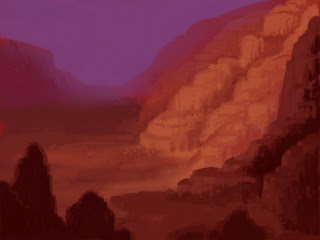 Here's a little landscape sketch I'm doing in SketchBook Pro on my iPad. Looks like it's Mars! Painting in SBP seems to work pretty well, even using a fingertip instead of a stylus. It's a little weird sometimes trying to figure out exactly where the brush tip is under the finger, but it's easy to zoom in if you need more precision.

I don't think SBP will be a replacement for Photoshop and Painter for final production work, but for doing rough sketch-paint layouts? It's great! I can paint on the couch, or in bed at night without needing a table for the laptop and holding a tablet in my lap, or worse schlepping my Cintiq to the living room and dealing with all that. I normally use a plain old clipboard with copy paper on it for sketching anywhere, and now with the iPad I can do digital painting the same way.

I also got a program called ArtStudio, only $1 (wow!), that seems to have a nicer "pen" drawing algorithm than SBP. Here's some quick little spaceship sketches from it: 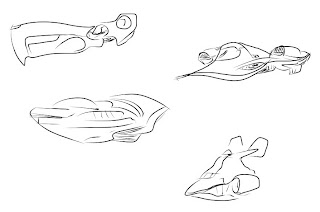 You can see it's not as precise as if I was drawing with a pen, but it's quite serviceable for line sketching. ArtStudio's pen tool smoothes the lines automatically in a nice way, and you can see the line weight has a nice cursive variability. It's not pressure sensitive, but each stroke starts thin, goes thick and then ends thin again in a realistic sort of way.

I've got a Pogo Sketch stylus on order, will be interesting to see if that makes a difference. I'm pretty sure someone will be putting out a Bluetooth-connected pressure-sensitive stylus sooner than later, and that will turn the iPad into a real pro-capable art production device.
Posted by Jeff Z at 12:17 PM No comments: