Got this one to where I could post it - as usual, paid work gets done before personal work! Another big page of environment sketches, broken into two pieces: 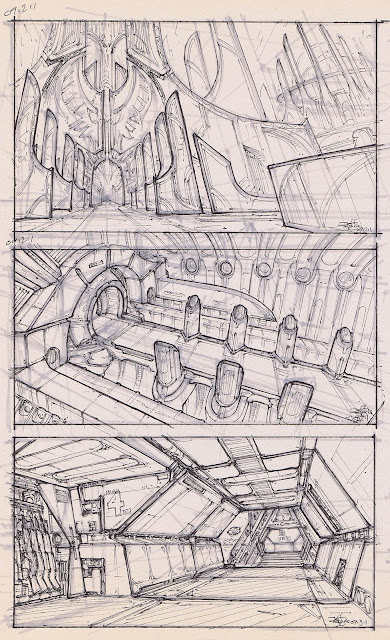 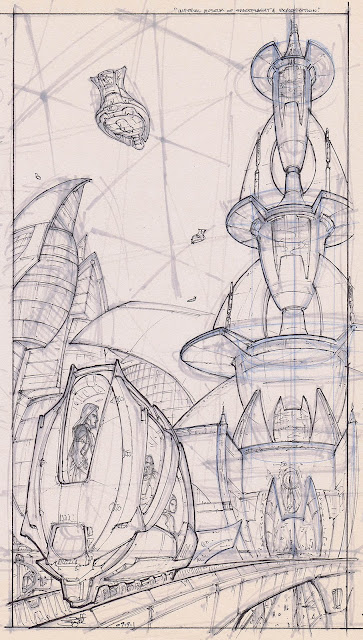 The bottom one of the first image looks a little generic but that's not always bad. I like the other 3 more, though. The vertical one I'm giving the lofty title "Cititram Approaches the Imperial Museum of Space Flight & Exploration." The hexagonal pattern in the sky was where I did a quick rough of what a giant dome ceiling would look like - maybe this is on Trantor. But it's not worth the time to lay out an accurate geodesic dome on paper, since I can make one in 3D and layer it in. Anyway, getting better. Starting another page immediately.

I guess once I have enough of these I'll put up a poll and let you guys pick which one(s) I should go to paint on, what do you think?